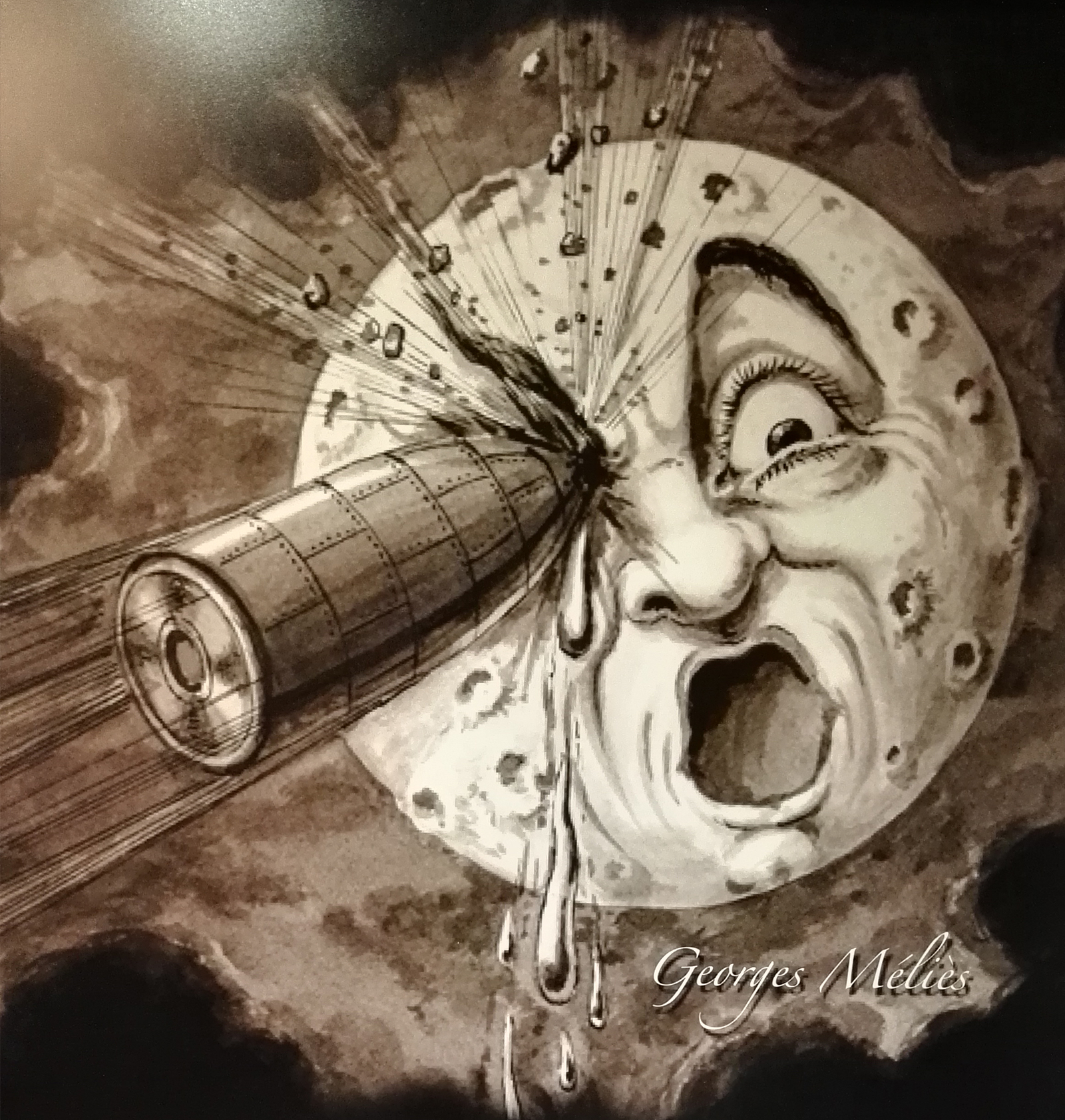 The myth of reproduction of the moving image, which is none other than Cinema, originated in the dim and distant past, in the mind of primitive man.
In Spain, in the Altamira caves near Santander, there is a policrome painting of a boar, a fine specimen that has the strange characteristic of possessing eight legs.

It is not a freak of nature, however, and the explanation is more simple: the unknown caveman who depicted that boar had understood that the reality surrounding him was not static, but changed according to the movement of its elements.
So he decided to paint another pair of forelegs and hind legs in the subsequent position of the animal to give it MOTION.

But the Romans has already illustrated Emperor Traian’s exploits in the film in stone that spirals around the column named after him.

Cinema,André Malraux said, was the most furthermost evolution of plastic realism, the beginnings of which where first manifest in the Renaissance.

Painters such as Rembrandt, Caravaggio, Vermeer and so many others where pioneers of cinematic lighting: in theirs works light is always justified by a source, be it natural or artificial.

Caravaggio’s side lighting creates deep shadows or undertones as we Cinematographers call them. Rembrandt was the first to depict overexposed light coming through window, and in his painting “Supper at Emmaus” he plants a light source right behind the figure of Christ to create a silhouette with strong backlightin

Vermeer, instead, set all his paintings in his atelier, exploiting solely the light entering through the windows, as in a film studio.


Like all complex inventions, Cinema was the mature fruit of a series of experiences and experiment of various kinds, all rooted in the Invention of Photography

The advent of Cinema was extraordinary, but at the beginning it was considered a kind of freak show; film were made without any precise story, they were brief shorts. Event though the camera was in a fixed position, the Lumière Brothers’ “Arrival of a train in a station” and “The Waterer Watered” are legendary.
George Méliès was the first to realize that Cinema was the most powerful tool for making magic that had ever fallen into his skilled illusionist’s hands.

Méliès exploited to the full the incredible possibilities this new toy offered him, gradually discovering or intuiting all the Tricks and techniques, such as Miniatures, Fade-outs, Fade-ins, False Perspectives and Editing, which comprise the repertoire of modern cinema.

He even went as a far hand-tinting some of his films, frame by frame.
Méliès also built the first Film Studio in Europe, in his garden at Montreuil;


it had glass roof, mobile walls and mirrors to reflect and direct the sunlight as he wished.
Cinematography had been born..

The history of Cinematography tell us that the light has always been produced and used to create the dynamic image into which it is transformed, which is the essential component of a film. Its bright beam pierces the darkness of a movie theater and miraculously makes the images materialize onscreen, where we create an Illusion that allows the audience to dream and truly believe that they are in another period or place, and completely involves them in the story that the Director is telling.
Questa è la nostra arte... L’Arte della Cinematografia.